Acasă FCEN The academic conclusions of the “Football For A Better Chance” project were... 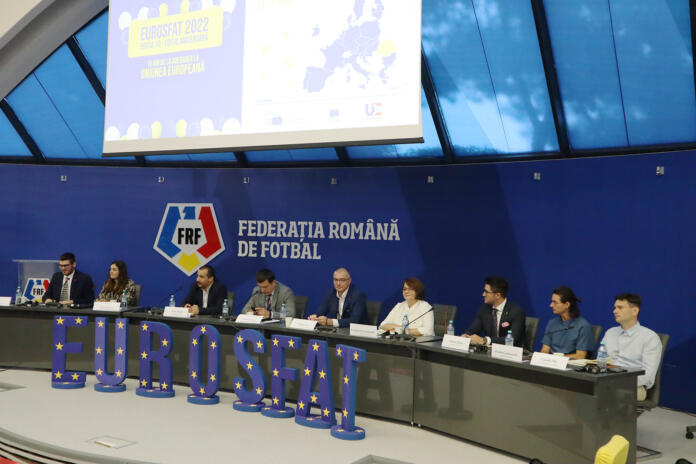 The conclusions of the “Football for a Better Chance” project, implemented by the Romanian Football Federation and co-financed by the European Commission through the Erasmus Sport program, were presented by its coordinators in a session dedicated to the Social Role of Sport in the third day of the EUROSFAT 2022 forum, Friday, June 17, 2022.

On this occasion, psychologists Loris Vezzali and Elisa Bisagno, from UNIMORE University in Modena and Reggio Emilia – Italy and experts in the project “Football for a Better Chance” presented the results of the project: a research on early manifestations of the risk of radicalization of young people, a course for football coaches and a methodology for applying measures to prevent and combat radicalization in football training.

THE CONCLUSIONS OF THE PROJECT

“Football for a Better Chance” is a project of the Romanian Football Federation, co-financed by the Erasmus Sport program of the European Commission. It started in 2020 and aims to promote social inclusion and combat the radicalization of young people between the ages of 14 and 18. The young people in the project were selected from economically or socially disadvantaged communities – the outskirts of big cities, minorities, orphanages – from 5 European countries. The aim was to achieve integration through football, the most popular sport in the countries participating in this pilot program, more precisely by developing programs in different stages of training young athletes. The three areas of intervention were team-level cohesion, youth self-confidence and social responsibility.

Elisa Bisagno, one of the scientific coordinators of the program:

”289 youngsters filled out a final questionnaire with respect to both their enjoyment of the activities and their self-perception with respect to the three psychological areas. Not only did the youngsters’ perception of fun and utility of the activities have an average of 4.5 out of 5, but they also evaluated themselves with an average of 4.55 out of five for sport cohesion and 4.67 for self-empowerment and social responsibility. In this sense, the youngsters who participated in the Football Chance program showed to feel united as a group and have very high self-efficacy and interest in their communities despite their social disadvantages, which are optimal premises to prevent radicalization.”

Football For A Better Chance has benefited from the expertise of psychologists at UNIMORE University in the Emilia-Romagna region of Italy, as well as the support of football federations in Greece, Lithuania, Ireland and Portugal and UEFA as a supervisor. They laid the foundations for a specific training, which was later implemented by the football coaches involved in the project together with their own players. In total, 18 international specialists and experts collaborated in the project, including eight FRF representatives.

Due to the success of this pilot program, the football social inclusion course is published in 6 languages ​​at https://www.footballchance.eu/ and can be downloaded free of charge. UEFA will promote the program among European affiliated federations. The conclusions of the project benefited from an audience of 65 people – experts, national and European decision makers, representatives of civil society in the parliamentary area, sports associations and federations.

Florin Șari, FRF Football Social Responsibility Manager, Elisa Bisagno, PhD, Developmental and Sport Psychologist, UNIMORE University, Loris Vezzali, PhD, Social Psychologist, UNIMORE University participated in the debate on June 17, at the Football House. , and the heads of the delegations of the countries participating in the “Football For A Better Chance” program, as well as Radu Antohi, Undersecretary of State at the Ministry of Sports, Anda Novac, Secretary of State at the Ministry of Interior, Carmencita Constantin, President of the Romanian Gymnastics Federation, Cristian Brian , member of the Chamber of Deputies, Ovidiu Condurache, from ASHOKA Romania, Claudiu Miu, Climb Again Sports Club Association and Marius Ghiță, EUROPULS affiliated expert, as moderator.

Beyond presenting the results of “Football For A Better Chance”, the debate “The social role of sport in Romania” assessed the contribution of sport to increasing cohesion and social inclusion, the role of sport in promoting health, tolerance, understanding and mutual respect. The unanimous conclusion and recommendation of the forum was that the investments and the involvement of the Romanian state in the field of sports could represent a very good chance for the development of the Romanian society. This opportunity has been ignored for 15 years since Romania became a member of the EU.

Florin Șari, the social responsibility manager of FRF, presented at the conference the institutional objective:

“The Romanian Football Federation aims through the new strategy adopted last year to become by 2026 the most important social actor in its area of ​​responsibility. And the year 2022 is dedicated to defining the social role of football. A telling example is that in the case of the humanitarian crisis from Ukraine, the Romanian Football Federation, in partnership with the Football Federation of Ukraine, hosts and supports about 100 refugees, children from clubs in Ukraine, in a project called “For Football, For Life”. our partners, in addition to the necessary conditions and the protection they need, to integrate these children in the Romanian football phenomenon, with very good results.”

Europuls – European Center of Expertise, the initiator and organizer of the EUROSFAT forum, is a non-governmental organization founded in 2010 in Brussels by a group of young Romanian experts in European affairs. The purpose of the organization is to promote the process of European integration in Romania, but also to contribute to the development of a European public space through articles and studies, by organizing debates, workshops and high-level conferences.

The EUROSFAT Forum is a project based on the European values ​​of democracy, civic engagement and open dialogue and is the perfect opportunity to debate the latest issues at European, national and regional level, involving local actors, national and international political actors and representatives. , as well as representatives of the business environment. 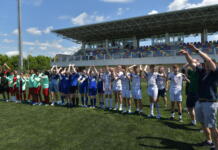 VIDEO The project “Football For A Better Chance” – a joy for participants: children, technicians and psyhologists 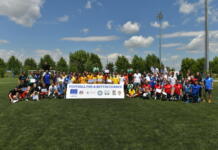 ”Football for a Better Chance” ended with a football tournament between all participating countries! 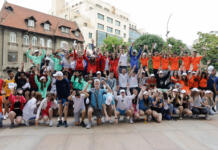