Romania’s Teodora Albon has been appointed as referee for next Thursday’s UEFA Women’s Champions League final between French holders Olympique Lyonnais and German showpiece debutants VfL Wolfsburg at Stamford Bridge in London.
Albon, 35, will be accompanied by a team of three Romanian match officials – assistants Petruta Claudia Iugulescu and Mihaela Elena Tepusa, and fourth official Cristina Dorcioman. Sian Massey of England has been named as the reserve assistant referee.

Albon began refereeing in 2000 when still a player with CFF Clujana and Romania. She joined the FIFA list three years later, just a month after her 25th birthday. She was chosen for the 2006 UEFA European Women’s Under-19 Championship in Switzerland, overseeing the final between Germany and Russia. Earlier that year, she had also officiated in her first FIFA Women’s World Cup qualifying games.

Albon went to the Women’s U19 finals again in 2009, this time in Belarus, and was in charge for the final between Sweden and England. She proceeded to referee matches at the 2010 and 2012 FIFA U-20 Women’s World Cups. By now, she was a regular in the UEFA Women’s Champions League and handled her first semi-final in 2011/12, Lyon versus 1. FFC Turbine Potsdam.

Her husband, Mirel Albon, was her former club coach and led Romania in the 2012 Women’s U19 finals. He was previously a top-division assistant referee, and Teodora continues to referee in the Romanian men’s Liga II. 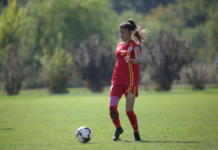 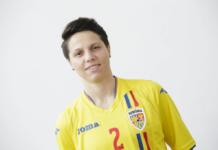 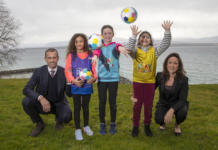